In 1825 the Erie Canal opened which carried cargo along the rivers. It carried items like grain, stone, flour, salt, produce, manufactured goods, lumber, and passengers. 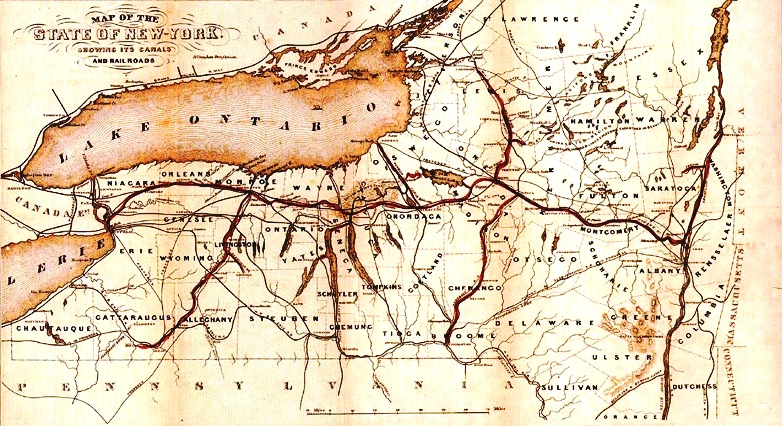 Gold Rush The Gold rush was during the Early National Period from 1848 to 1858. Many Americans moved to California to find gold. There were also immigrants coming on boat from South America and Panama. The American migrants traveled over the California Trail on a 2,000 mile journey. Over 300,000 people seeking gold came to California by 1850. With immigrants coming from Mexico, Russia, Europe, and also Americans, California became a very diverse population with many different religions, languages, and social customs.